Start a Wiki
Villages started out as a modification (by Jaron Frost) of Rummy, called Thief. Its defining feature was stealing others' cards. With the addition of adorable pixel art (also by Jaron) and unique abilities for each character, over time it became Villages. After printing a few copies for him and his friends from an on-demand website called The Game Crafter, he decided to put the game up for sale. 1st and 2nd edition sold well, but it wasn't until the 3rd edition was released that any expansions were added.

For the 4th edition, Fridgecrisis decided to remake the entire game, adding many of the expansion units to the base game (like the Archer and Golem) and removing others (like the Paladin). He put it up on Kickstarter in January of 2014, and after receiving overwhelming support, added more cards and alternate artwork to the deck. 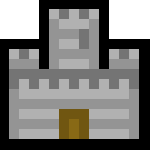