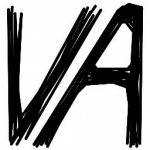 Hey, thanks for visiting my page.

My cards are organized in chronological order as they are created.

--== Mouse over some of the cards for a couple of seconds to see some notes and explanations. ==--

If you have any questions or you want explanations for some of the cards, then ask me on my message wall. I'll reply as soon as possible and I will add the answer to the notes below. 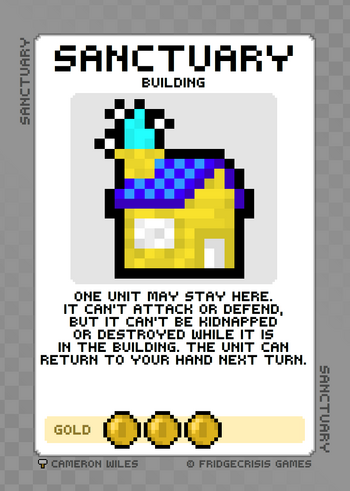 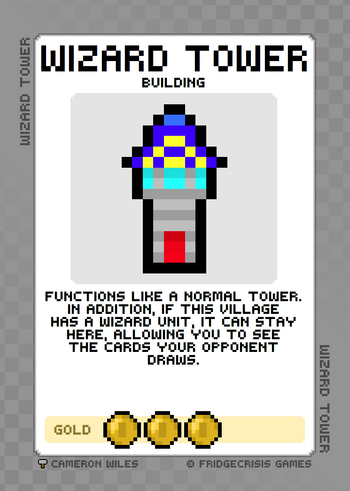 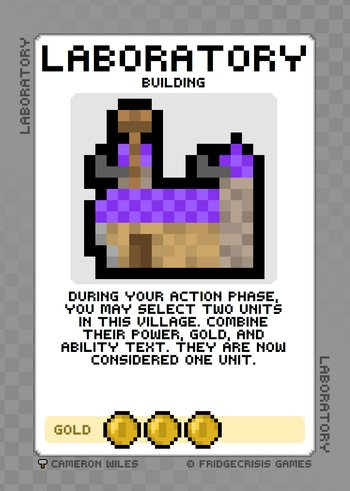 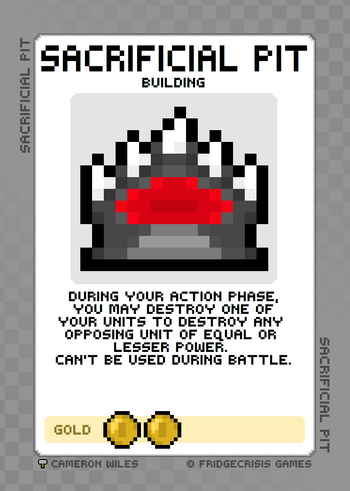 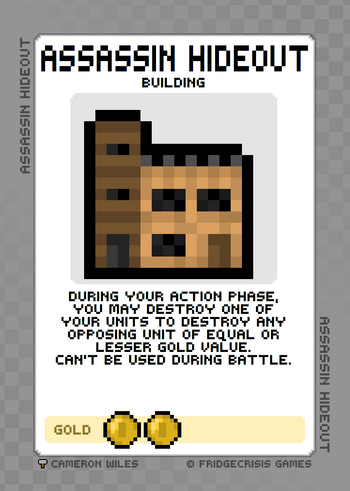 OPTIONAL Note: When using the Sacrificial Pit or the Assassin's Hideout, only enemy units' higher (dominant) value, either power or gold, is taken into account. Also, unit abilities don't matter when using these buildings' functions. For example, if you have the Sacrificial Pit and you destroy your yellow Ace (2 power, 1 gold, +3 power against same color) and you want to destroy an enemy's yellow Farmer (1 power, 3 gold), the Ace's ability won't kick in. You aren't allowed to destroy the Farmer anyway; although the Ace has a higher power, the Farmer's dominant/higher value is gold. Since your Ace's gold value is not higher than your opponent's Farmer's, the Farmer can't be destroyed. However, if you use your Ace to destroy an enemy's Goblin (2 power, 1 gold), then this is allowed because the Goblin and Ace's dominant values are power, and they are equal in value. If a unit has the same amount of power and gold (like the Golem), then they have no dominant value. The rules I've mentioned are there to avoid these buildings from being overpowered (like using a Scout with 1 power to destroy a Princess, which has no power and is worth 5 gold). 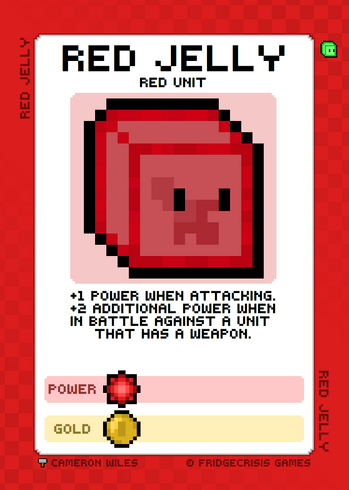 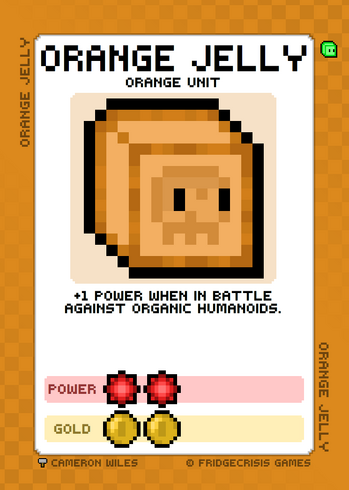 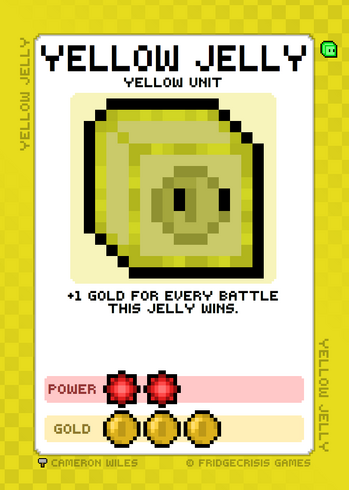 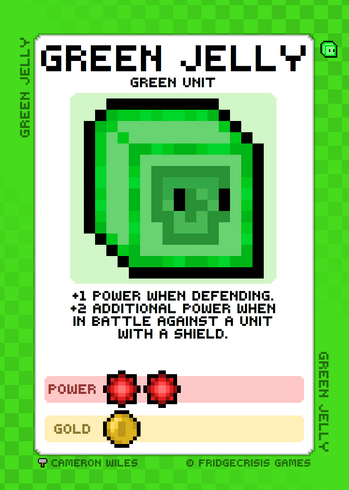 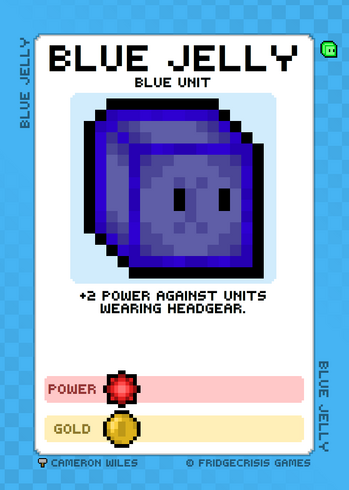 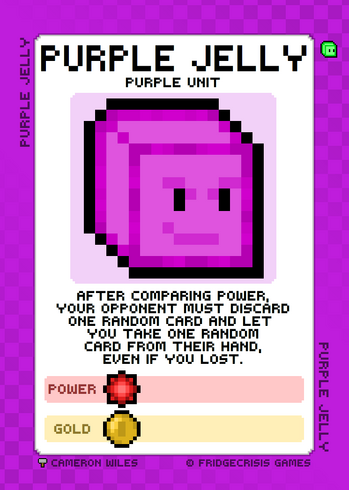 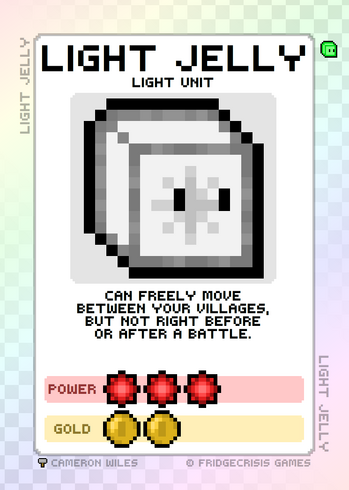 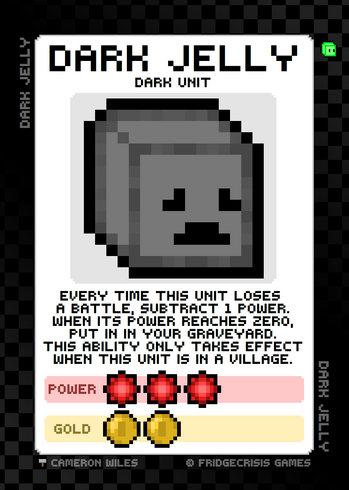 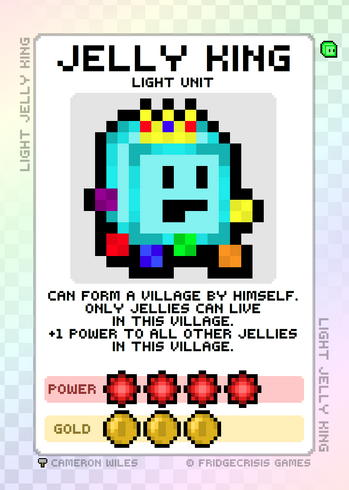 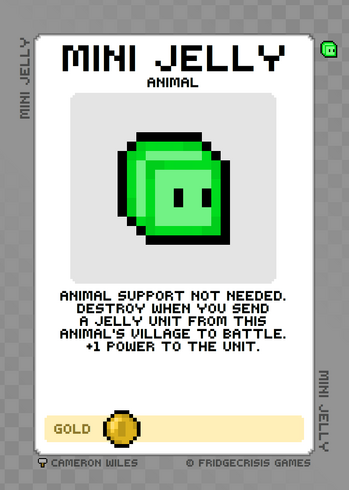 JELLY NOTES: Jellies in role-playing games are generally large cubes of gelatin that absorb and dissolve adventurers and objects alike. For the abilities referring to units with weapons, shields, headgear, and organic humanoids, these are talking about the unit artwork on the opposing card.

Retrieved from "https://villages-a-construct-and-conquer-card-game.fandom.com/wiki/User:Void_Argument?oldid=7429"
Community content is available under CC-BY-SA unless otherwise noted.